I thought I’d write a little about this image since it’s actually pretty current – one of my most recent – and hence I can recall in detail how it came about. I also rather like it, which is a good enough reason in itself. It’s a shot of the very bottom of the highest single-drop waterfall in England – or so several sources say, including Wikipedia. Well, more precisely, the Wikipedia entry says that it is ‘claimed to be…’ the highest, etc…. so I’ll go with that. As an aside, it’s not, unless you exclude underground falls. I’ve spent a fair bit of time caving and this, at 30m. is considerably smaller than many subterranean drops! Nonetheless, wherever it falls in the list of ‘big falls’, it’s impressively high for England, and very much free-falling. It’s even been photographed as a free-standing column of ice in the, now distant, past. Sadly, it hasn’t frozen in recent years. I’m an ice climber, hence the interest in the harder form of water, and it would be a great little ascent if it ever froze again.

I was looking for something new to photograph one Sunday afternoon: there’s a limit to how many times I can amble up onto the various limestone pavements around here in search of new lighting conditions to photograph hawthorn trees (splendid as they are in their combination of tenacious wood and craggy rock). Add to that the unreasonably clear, blue sky – not exactly my favourite climatic conditions for photography – and I found myself spending an hour or so scouring web sites and maps looking for something both different and with no need for more than a tiny bit of the blue stuff at the top, or ideally none at all. Coming across the photo of the frozen Hardraw Falls, and never having been there, combined with it not being overly far away, I headed off, armed only with the knowledge that “it’s in Hardraw, and you get to it through a pub” – taking the map would have been helpful too: I had failed to realise that you only get to it through the pub; the Green Dragon Inn, to be precise, which is a lovely old place (dating back to the 13th century!) and whose web site is more confident in asserting the relative height of the falls. i.e. ‘it is the highest in England‘. Odd that! And very possibly true.

So, without a map, but with a very clear idea of where the drop was in relation to the road, I spent the first half hour or so on site in an abortive but very pleasant walk somewhat upstream of, and extremely close to, the falls, after which I made my way back into Hardraw, duly entered the pub, paid the £2 entry fee (fair enough, they maintain the paths, and it’s certainly worth the money) and walked back to very nearly where I’d been before, only around 30m. lower and in the narrow gorge into which the water plummets. Part of the plan had involved the fact that it hadn’t rained much for a few days – this happens in Yorkshire once in a while – and I hoped that the fall would be light and misty, rather than the raging torrent so often pictured. I’d visualised a transparent stream of water and some long exposure patterns when it touched down. I’d also imagined a fair few visitors: as it transpired there was just one family, and they left with some alacrity when I arrived and started fiddling with my tripod – and I don’t think I so much as glared at them! After that, I had the place to myself for an hour; not something I imagine to be common in summer, judging by the large number of paths and picnic tables which grace the few hundred metres from the inn to the falls end of the gorge.

As the image shows, the conditions were exactly what I’d hoped for: not-an-excessive-amount of wonderfully transparent water was conveniently landing on some attractive boulders at the bottom, both allowing the rocks behind to show through and producing a nice spray on the rocks. I still managed to spend over an hour there though. I’d imagined that a long exposure would be what I wanted, so I took several. Examining the results, I could see that the water became far from transparent when exposed for ten seconds plus – obvious in retrospect really … I’d also assumed that the way to photograph the ‘highest single fall in all England’ would be to show it from top to bottom, but in practice this wasn’t where the interest lay for me, it being, somewhat inevitably, a long, thin stream of water with a lot of rather confused and dark rock surrounding it. My captures gradually moved in closer and closer to the foot of the falls, and became shorter and shorter, until I reached the one shown here, which is the tightest, fastest shot of all. I ended up with about thirty images, most of which I was able to cull ruthlessly later that evening after a brief glance – their sin being having no visibility of the background rocks. I also took a variety of polarised and non-polarised shots – this one is polarised, but not a great deal as I wanted to retain the sheen on the rocks.

The only post-processing on this final image, other than conversion from RAW using DxO Optics Pro, is a little dodging and burning to bring out the red areas in the rocks surrounding the stream, and to partially quell a couple of over-bright rocks which are located away from the central area and were distracting.

What did I learn from this? Take a map! To be honest, this is not exactly a new idea; probably don’t forget to take a map, is better… something I know very well, but which I should put into practice with more determination. Also, I shall no longer assume that long exposures of moving water are necessarily ‘best’. The longer ones are pretty, but this, with the curtain of water showing the whole of the background rock area, is much more pleasing and better balanced, if arguably less eye-catching. Still, I’m beginning to prefer ‘interesting‘, to ‘dramatic‘, and there’s far more interest when something unexpected is revealed!

Here’s a link to a large version of the image. Do please comment if you think I could improve it.

2 Responses to “The making of: ‘Forceful mist’” 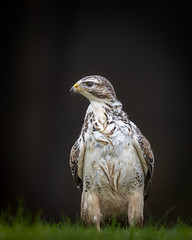 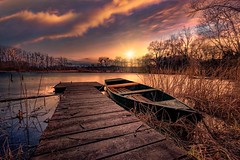 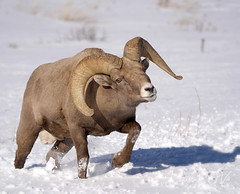