Immediately prior to my recent photographic trip to Chile and Bolivia I was concerned that I’d come back with similar images to those from my first trip, a couple of years earlier; I needn’t have worried. 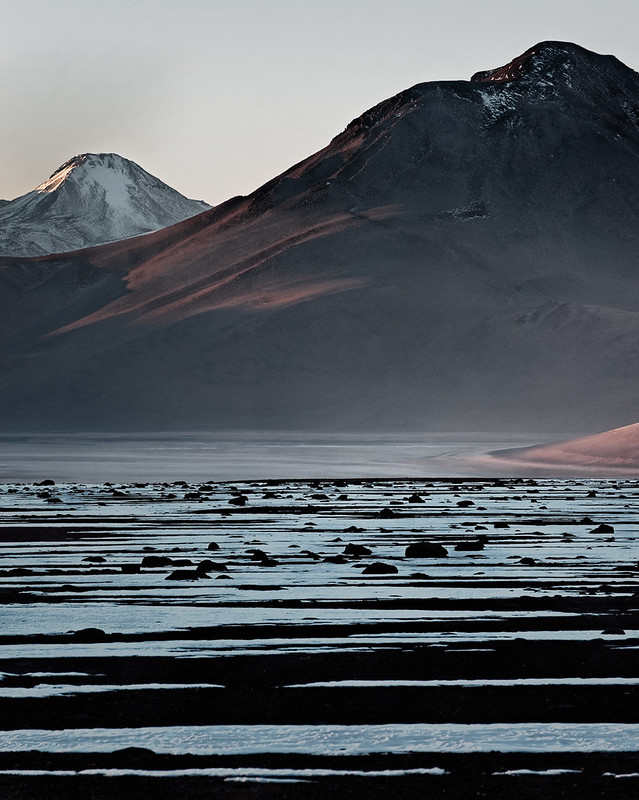 Yes, I’d already convinced myself, pretty much (!), in my previous article that I’ve changed enough as a photographer to not need to be perturbed by the idea of spending a lot of time and money in revisiting an area, but it’s nice to be proved right. Except … I was decidedly wrong in predicting the actual images I would find myself creating on this second visit to the Atacama desert, the Andes of southern Bolivia and the Salar de Uyuni: wrong in nearly every respect in fact. Having been to everywhere I went this time so recently, I’d pre-visualised all sorts of things, none of which I captured as it turned out.

The good news from my perspective – and part of the point of this short article – is that it doesn’t remotely matter that I was wrong. In future, at least until I change my mind again, I shall not attempt to predict what I’m going to capture when I go somewhere; I now intend to ‘just go’ and see what happens! Of course, that doesn’t mean not doing the logistics in advance, sorting out a way to have flexibility on time of day and location – all the normal photographer things – but it does mean cutting back a fair bit on pre-visualising actual compositions in advance of even reaching the location.

I should contextualise this a little…

There are plenty of places I know well, to which I’ll return, and for which I shall most certainly continue to plan shots using personal knowledge, Google Earth, The Photographer’s Ephemeris – all the various technological toys we now have at our disposal. The key words in that previous sentence, however, are ‘know well’. There are trees and limestone pavements near to my house where I’m simply waiting for the ‘right’ weather in order to capture something with which to make an image. That approach works if you’re able to constantly and easily revisit a place, get to know it very well, plan things in detail. It’s why the photographic project concept often works so marvellously for many people.

Conversely, whilst I have a good idea of the type of terrain, the compositional elements available and the colour palette of these South American destinations, I most certainly don’t know them well enough to realistically pre-visualise anything specific. That last fact wasn’t clear to me until my trip in July. It is now: it seems to me that detailed pre-visualisation ‘off site’, so to speak, is a luxury only available, or at least only worthwhile, when combined with quite comprehensive familiarity with a location. 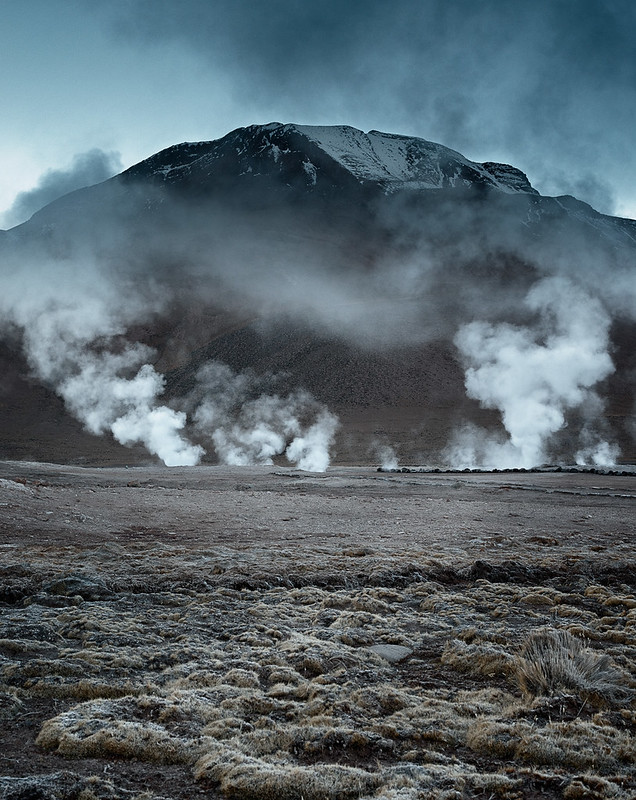 So, that’s one reason not to predict too much: it doesn’t really work!

Of course, it might work sometimes; arguably it does no harm either. My argument here is that, for me, it didn’t really do anything terribly useful either. I had half a dozen or so captures pre-planned and didn’t execute a single one of them.

There were all sorts of reasons for that, but they came down to simply not knowing enough about the climate or the details of the vast landscapes. Those two things can realistically only be gained by either: remarkably thorough remote research (not my thing – a little light reading-up, some gentle planning; those are both fine, but if I did too much I’d stop enjoying the whole experience of making images); long association with the landscape by being there a great deal (not entirely practical for most people when the ‘there’ in question is in the opposite hemisphere).

And the second reason for eschewing too much pre-planning is that, if you’re in the right frame of mind, in a wonderful location, and feeling even vaguely creative, it’s not needed in order to capture photographs which are worth working with. I had predicted, given my gradually-increasing inclination towards ‘intimate landscapes’, that my images would be of small details in the deserts and high plains; I planned for those shots but very few fit the description.

In practice, whilst I anticipated not taking any big vista images, I took several, both for context and because the scale makes them totally alluring. As to the intimate landscapes: yes, some of my captures might come into that category, but only if ‘intimate’ allows for simple frames with little obvious scale and whose actual dimensions are measured in hundreds or thousands of metres.

Why is this a useful learning point (to me)?

Essentially, I’d fallen into the trap of over-thinking things to some extent. Again, I don’t think that did any actual harm, but nor was it especially helpful. Were I to spend a year in the area – or in any other area – I’m sure I’d treat it as I do the Yorkshire Dales; I’d head for particular places at particular times of day and year and in specific weather conditions. On what can only be a fleeting visit – two weeks in this case, and not all in one location – that level of preparation simply doesn’t, and indeed didn’t, buy me anything.

None of this is a problem though! The above is not intended to sound negative. It’s simply a continuation of my interest in exploring what does and doesn’t work for me when attempting to put myself in situations where I can capture the materials for making images. Everything is useful as a learning experience. All this means is that, when planning my next trip, I’ll spend less time trying to pre-visualise compositions in detail – more free time in other words :-)

The trip itself was a great success and I’ll be posting something about it in the next week or two; quite possibly two articles, one on the Atacama Desert in Chile and another on the Salar de Uyuni and the southern Bolivian Andes. At this point in time I think they’re sufficiently different in character, and certainly in accessibility, to be better described separately.

Whether it’s one article or two, my conclusions will be unequivocally positive on both locations; I’m still a huge fan of these deserted places :-)

4 Responses to “Musings on: the futility of [over-]planning”