“A cliché or cliche is an expression, idea, or element of an artistic work which has become overused to the point of losing its original meaning, or effect, and even, to the point of being trite or irritating, especially when at some earlier time it was considered meaningful or novel.” Wikipedia

Using the above definition I can, unfortunately, state that:
“every image is a cliché, all you need is the right perspective”.

I need to define ‘right’ in the above statement. In this context it means some combination of: familiarity with the subject matter, when presented as a photograph; an attitude which decries such familiarity; and belief that anything repeated too frequently is in some way invalid, or at least less valid.

My overall point in this article will be that the perspective issue makes the above, bold and emboldened, statement accurate, which further implies that trying to work out what is, or is not, a cliché is, at best, unhelpful.

The origin of this article

This musing on cliché in photography started off a few months ago in Northumberland. For anyone who’s unaware, the coast of Northumberland is well-endowed with some very fine and highly varied castles; it may well not be possible to be both on said coast and also unable to see a castle, either to the north or to the south (assuming that it’s light, with clear weather, and that you’re not hiding behind a boulder, that is). Not only that, but there are some huge and impressive beaches to complement the various ruins and still-inhabited fortifications, and these are themselves often enhanced by threateningly crashing waves and dark skies. In other words, the area lends itself both to a certain type of shot and to not-infrequent use of the word cliché.

Early on during my week in Bamburgh, staying in a house overlooking its castle, I was joking with my fellow photographer friends that we couldn’t include castles in any images; too clichéd. Except – I was only half joking since, from the perspective of someone who spends a fair amount of time on photography-related social media, castles on the Northumbrian coast have been well-covered already; I really didn’t feel terribly inspired to use them in images.

Fortunately, at least for me, I overcame this self-inflicted objection and did capture a shot including one of the castles. It may not be especially original in photography circles, but it was, to me, a new subject; something I’d not done before. Whilst it doesn’t further photography as a whole, it furthered my photography in some small way. So, returning to perspective, or perhaps context: whilst the image I created is a cliché when considered in the set of all images ever made, it’s not so, and is therefore ‘valid’, in the rather smaller set comprising images made by me. I think this is a critical distinction.

And my argument is …

That brings me to what has become the point of this article, a point reached by much genuine musing on the subject over the last couple of months. The widespread exhortation, on the web and other media, to avoid cliché in photography, evidenced in numerous articles describing how to avoid the ‘problem’, is itself becoming a cliché and is conceivably counter-productive.

A quick search and some skim reading produces several obvious candidates in the wealth of lists describing ‘photographic clichés to avoid’. Let’s pick the most commonly cited example to start with: sunsets. It’s undoubtedly true that sunsets fit the definition well for many people, especially for many photographers: they’re ubiquitous! Conversely, many non-photographers, quite possibly most non-photographers, do enjoy pictures of sunsets. Not only that, but from a learning point of view they’re quite informative: I certainly recall experimenting with how my first camera handled being pointed at the Sun and coming to understand more about exposure from doing so, as well as about the effect of the shape and size of the aperture; all useful stuff, even if the images were far from novel.

At the opposite extreme, I read an objection somewhere, very recently, to the ‘cliché’ of blocks of glacial ice at Jökulsárlón in Iceland. As a follower of photographic social media, I know where that comment comes from: Jökulsárlón is currently a very popular place to visit. That, however, perfectly illustrates my earlier point about perspective and context being critical to terming something a cliché: I would be amazed if any non-photographer, shown such an image, would consider it clichéd! Given time, naturally, the glacial lagoon and its melting ‘bergs may reach the lofty heights of sunsets on the cliché scale, or at least be in the same general order of magnitude; right now, most people have never heard of it, nor seen images from it. In other words, it’s only a cliché to a relatively small, self-selected audience; photographers themselves (and then only to a subset of those!).

The logical conclusion of defining things as clichéd

So, both long-standing subjects and relatively new subjects can be derided. To what end? The common theme is advice to ‘avoid these subjects in order to be original’. How does that work then? After reading just a few anti-cliché articles, I’m fairly confident that there is little left in the real world which I could conceivably use as a subject for an image! If people follow the admonitions of these lists then the remaining subjects will rapidly diminish, leaving nothing whatsoever as permissible!

Of course, only ‘serious’ and ‘enthusiast’ photographers read such articles. Let’s assume that they all followed the advice given. Instantly, the only sunsets captured as images would be by ‘non-serious, non-enthusiast’ photographers …. Sunsets, et al, are popular subjects since people like them and because they’ve been used in the past to produce pleasing imagery. Surely there must still be potential to create a sunset image which adds something positive to the collective pot of such pictures? If so, then perhaps ‘serious’ and ‘enthusiast’ photographers are best-positioned to attempt to do that, even if the vast majority of images will, indeed, be redundant beyond their creator and his/her friends and contacts. The alternative, taken to the extreme, is that sunsets would only be captured by people less interested in photography. We’d still have lots of them, just with, arguably, a lower average quality.

I should point out that this article is at least slightly tongue in cheek; ultimately, none of this really matters. Of course, I do, personally, consider some subjects to have been a little over-used and I’m less inclined to use them in my images; but I’m not about to advise people not to photograph them! Their undesirability is solely my perspective; others may well have a different and equally valid view.

It seems to me that the very existence of a personal perspective on something as being a cliché will encourage photographers who want to be creative and original to find something else to capture. Importantly, those people probably don’t need to be told to do so, nor told what is and is not considered a cliché! Quite possibly, lists of things not to photograph will only succeed in discouraging people from photography altogether; people who might otherwise have worked things out for themselves, given time, and become more inventive in their choice of where to point their cameras.

Is there any upside to these lists at all?

After reading the various anti-cliché sites I can only see one real benefit to be derived from them: they do serve to reveal what other people consider cliché. If you’ve created an image of – let’s not be specific here – ‘thing X in weather Y’, it might be nice to know that the combination of X and Y is actually very well known and merely original in your experience, not to humankind as a whole. On the basis that knowledge is always good – itself debatable of course – knowing about the existing popularity of the X/Y combination may avoid embarrassment.

To me, however, even that benefit is at best rather spurious. Surely, it’s far better to take your own path through development as a photographer: start with the clichés if you feel like it; try to improve on what’s been done before; and maybe find that your vision develops in a more original way as you learn to see things in the World as potential images. Reading lists of things to avoid seems to me to be far too prescriptive. Not only that, but I enjoyed spending time photographing the Sun going down over Morecambe Bay when I started out ;-) Surely, that is a significant part of the point of practising photography?

Don’t seek other people to tell you what is and what isn’t a cliché or what you can and cannot photograph; that is itself clichéd and probably unproductive. Instead, work out for yourself what elements of the landscape you can use to make images. If that involves lots of well-photographed subjects along the way, don’t worry about it! There’s certainly less chance of the resultant images being considered ‘art’ if you choose clichéd subjects, but it’s merely more challenging to produce something noteworthy, not necessarily impossible. In any case, in a world where, it seems, everything can be considered to be a cliché if you choose the right perspective, there is really little choice …

To finish, here’s a shot of some tobacco leaves drying in a barn in Cuba; I’m sure that’s never been done before ;-)

15 Responses to “Musings on: cliché in photography” 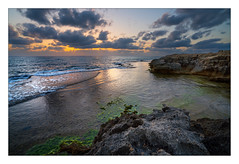 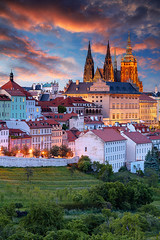 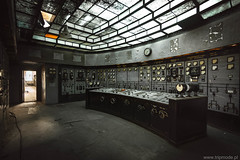